The base of the presented Browser Distribution are PageImpressions on news.orf.at , sport.orf.at, oesterreich.orf.at (including all region-specific subsites) and dancingstars.orf.at from the 7th of March to the 14th of March 2012. In total I analyzed over 55.000.000 PageImpressions.

Half of the PageImpressions are spawned by Microsoft Internet Explorer, the other half is dominated by Mozilla Firefox but also includes Apple Safari, Google Chrome and Opera. The details are as seen in Chart 1.

In the timeline of a week we can see the usual drops in Microsoft Internet Explorer usage during Saturday and Sunday. It is significantly replaced by Mozilla Firefox and Apple Safari, other browsers show a stable usage pattern. See Chart 2. 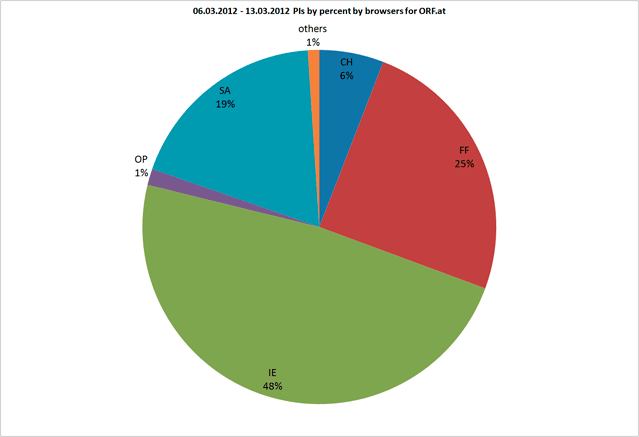 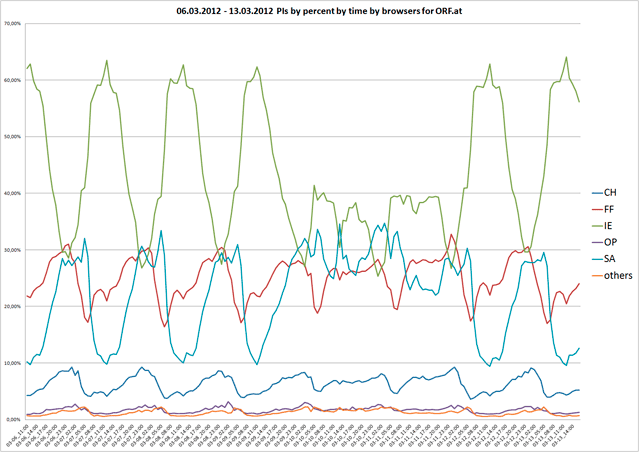 Looking at Chart 3 we see that the most recent Version 10 has the largest share. Although Version 3 is still around it signifcantly lost shares since November 2011. The timeline in Chart 4 shows that Version 10 is slightly increasing over time. 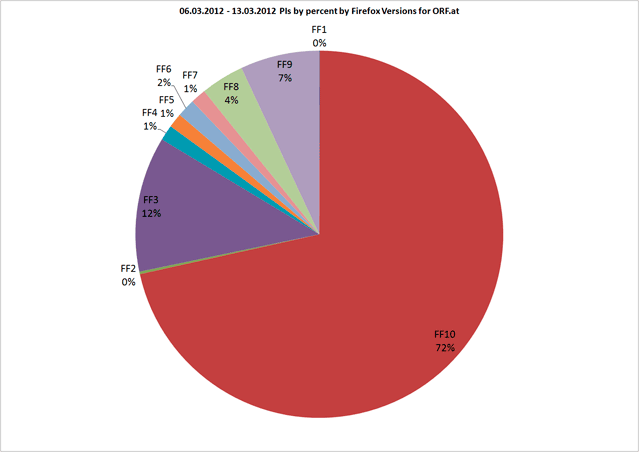 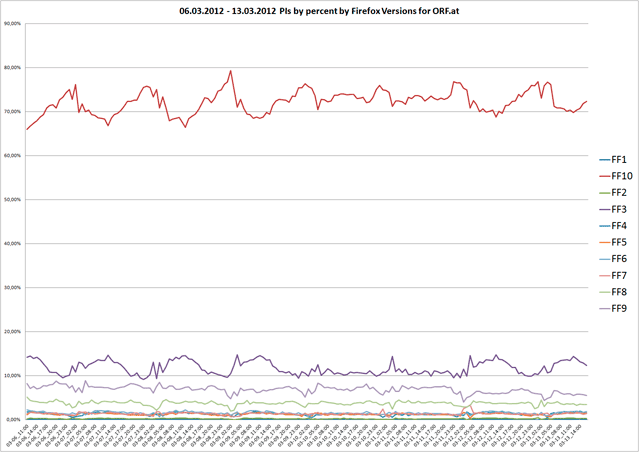 Chart 5 shows that Version 8 is still holding the line as the most popular - in spite of Version 9 beeing the most recent. Compared to November 2011 Version 9 manages to increase its share (from 22% to 31%) by decreasing Version 7. Chart 4 shows the prevalence of Version 8 in Enterprise Networks: During the weekend Version 8 gets topped by Version 9. 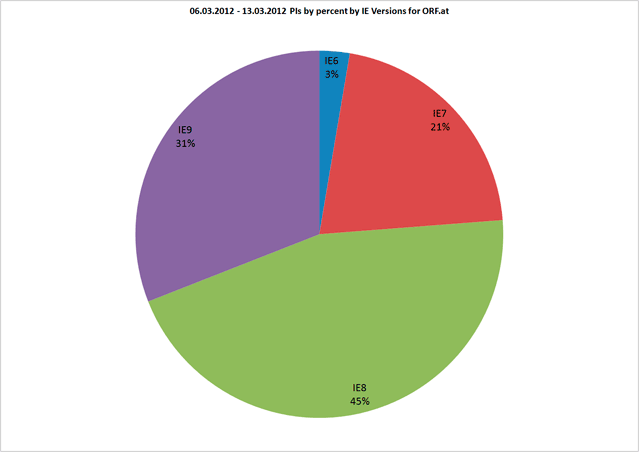 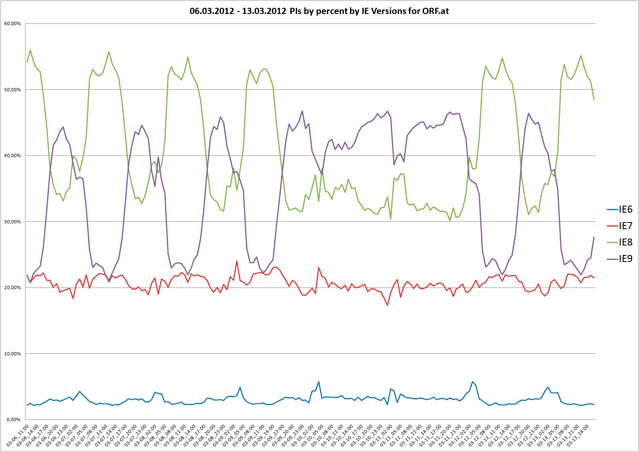 Chart 7 shows that the listed Mobile Devices get a total share of 14% of all the PageImpressions. In the timeline „others“ is not shown to increase the details of the Devices timelines. Especially Android devices and the Iphone are more heavily used during the weekend (Chart 8). Iphone and Ipad combined outsize Android which in turn is bigger than Symbian. 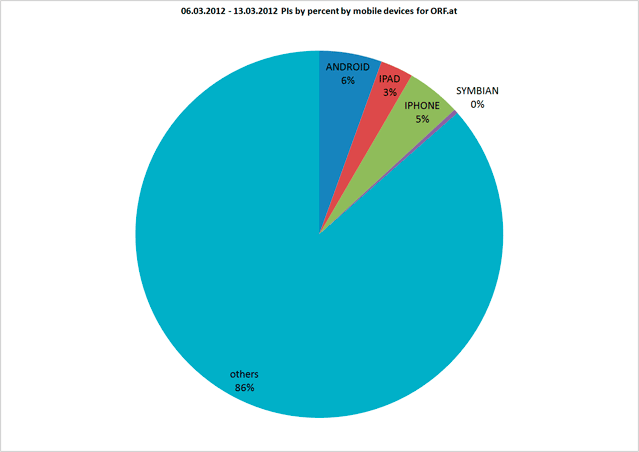 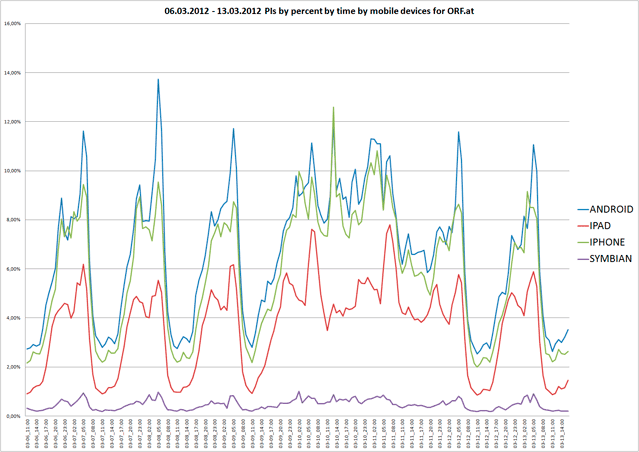 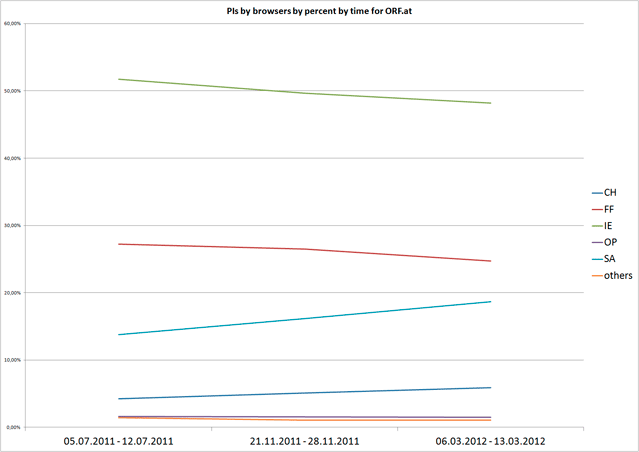 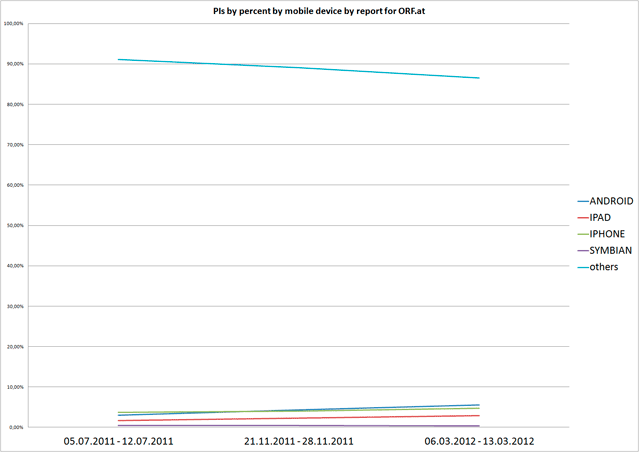 Mobile Devices are on the rise and show strong usage on weekend days. Since most stock browsers on Mobile Devices identify themselves as Mobile Safari we see increasing Apple Safari shares in the browser distribution. Google Chrome is increasing slightly whereas Mozilla Firefox and Microsoft Internet Explorer are decreasing. Still Microsoft Internet Explorer accounts for almost half the PageImpressions seen on ORF.at.